PPP is finishing, among other planned releases, the first three levels (in color) of Castle El Raja Key.  With notes, keyed encounters, opening essay about the original campaign in which this was shared and adventured in by Gary Gygax, Don Kaye (co-founder of TSR Rules), Terry Kuntz, and others. Historically many rules, iconic D&D magic items, spells, and monsters for the Greyhawk Supplement (and later finding their way into other editions of the D&D game) sprang from this castle and its adjunct campaign, Greyhawk. 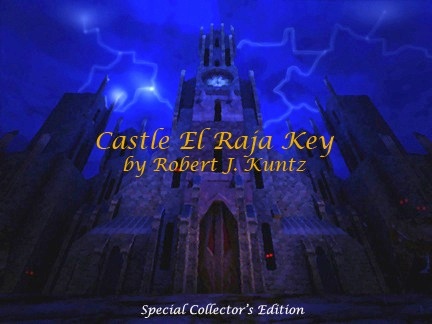 We will also be including a special limited edition print of two personages that this product is being dedicated to (more on this later).  The illustration for the cover is by Eric Bergeron.  We are shooting for the end of January for releasing this.
Posted by Rob Kuntz at 3:08 PM

This is excellent news! I can't wait to get one. A great Yule gift indeed.

Brilliant news! Thank you very much.

Yes, VIRGINIA, there is a Santa Claus.

Where's the smiley face for "gobsmacked"? :)

Thanks for the great news, Rob.

Thanks everyone. And to ATOM: Note even (for you die-hard GH fans) the eight-pointed star that Bergeron drew on the front tower... :)

That is one very evocative cover illo! Good stuff.