Video streaming by Ustream
LINK
LINK
Posted by Rob Kuntz at 5:32 AM 1 comment:

This post is actually a response to something Rob posted in a reply below. My comment was too long to be accepted as a reply, so I'm putting it here:


Thanks for the reply, Rob.
As you suggest, the success of a (seemingly) simple core concept depends on the dynamics of its development -- in game design or politics. What could be more simple (or correct) than the concept that citizens should be left alone to pursue happiness as they please? I would say (coming from my more socialist Canadian upbringing) that government does have a role in helping those who can't help themselves (because no one ever seems to start on a level playing field, these days: so these people have a much more limited scope in which to exercise their rights), but we do have the same, simple, starting place.
As for game design and Maze of Zayene, I don't wish to draw you into a discussion you don't want to have. However, I did once (years ago) promise you a review of MoZ, which I never did (working for tenure got in the way). I won't do it now either, except to offer a few ideas related to what's going on in this thread.
In retrospect, what impressed me about that series embodies the "thinking outside the box" philosophy that is so important to you: a group of four adventurers is recruited to assassinate a monarch who is oppressing his own people. Interestingly, one of these assassins is a paladin -- that really doesn't fit in with the now-common conception of the class and seems an interesting choice. The whole point of the series, though, was to pull the rug out from under the players' expectations -- they thought they were going to kill a king, but instead have to learn to think outside the box and understand that the king, too, is a victim, that there is a whole network of henchmen, magic, and machinery (headed by Zayene) that is really in control. That is the true enemy. It's pretty easy to see comparisons to the American political system (or the Canadian, to be fair). Right now, Ron Paul embodies to many people the right avenue of attack, the avenue for those who think outside the box and want to dismantle the machinery that currently controls the puppet kings. Isn't Zayene your deadlocked Congress, your bloated lobbying system, your superpack "money is speech" oligarchy? You need to escape this Maze, and the mode of that escape needs to be through thought (not violence) -- pretty much like in the MoZ series.
The image of thinking "outside the box" that really is my favorite in the series comes in Dimensions of Flight (if I recall): the party has to ascend to a high plateau up a series of stairs that really turns out to be a monster that they must fight. This isn't just another reversal of expectations, but embodies what I feel is an important message: often the very thing you think raises you up is the thing you must struggle against to truly gain your goal. This is true in politics: has the American experiment run its course? Does there need to be a new revolution (a peaceful revision of the current system) so that freedom can again flourish? This is also true in game design: I get the sense, Rob, that you are (maybe) struggling against your own past, that you are done with gaming and (I hope) are moving on to other things, that you no longer want to stay stuck in the wood-grained box that history has put you in. Regardless of whether that's right or not, I hope the years ahead for you are full of new challenges and a new sense of life and purpose (some of which maybe you'll share in this blog). I also hope that's true for America.
I know. Maybe to some (most?) it seems ridiculous that I should derive a revolutionary message from a gaming supplement and that I (as an outsider) should care or have any right to comment on the internal matters of another nation. But I do care. I spent 10 years of my life living amongst the terrible and the beautiful that is the USA and felt the hope and promise that William Blake (an Englishman) described, writing only 15 years after your Revolution:
The morning comes, the night decays, the watchmen leave their stations;
The grave is burst, the spices shed, the linen wrapped up;
The bones of death, the cov'ring clay, the sinews shrunk and dry'd
Reviving shake, inspiring move, breathing! awakening!
Spring like redeemed captives when their bonds & bars are burst.

But it's only a "hope" -- you're the ones who have to do all the hard work to make it come to fruition. Is Ron Paul the guy to spearhead change? I don't know -- but your current, two party system does not seem capable of change.
I always felt that Dungeons and Dragons was about using your imagination and thinking beyond the constraints set on gaming and even living. Honest thinking is always revolutionary. I just hope in this post (as in my profession) to encourage people to think and not dismiss my sentiments as the ravings of some lunatic.
****
Mark, I have decided to respond inline.
Lunatic?  No.  I have found your thoughts, herein and in the past, lucid and thought provoking.
Who would have thought that while we were play-testing the game in '72 & '73 that we would actually take breaks through interjection of humor, philosophical or religious discussion, prime historical or economic referencing, etc.?  Yet that is what occurred most often, as we were not of the game and for the game and by the game, but social, philosophical, and ultimately, free individuals.  But this too, in part or whole, was linked to the game as we saw it and as we experienced it then.  No where is the diachronic process of history more relevant than in D&D, for it draws its ultimate base, and its ever expanding territory of the mind (in the best sense), from many areas, some of which I have noted, above.
Yet a poster here in responding to my recent upsurge in "political" postings decries that this, "used to be a good game blog."  Herein lies the disconnect that the "Reliant Culture" is part and parcel of.  Herein is the reversal of the sharing of thoughts and ideas, the otherwise informed stances of the past that have been disintegrating, and therein and thereby is why, when you strip away all of the foundational excuses to the contrary, why America's great experiment has failed.
My work expresses two things:  1)  Me.  2)  Hope.  It has never changed from being an expression of freedom in both cases.  The very product of that internalized process expresses itself externally in action and in expiation.  It embodies my conjoined ethic.
But in the end I have done enough in these 40+ odd years in game design.  My last interview at Hill Cantons was pretty much a summary of a phase that is now behind me even though it will always remain part of me.
What I do in the future is less important to me than promoting a lasting value though whatever that may be.
Thank you, Mark, for sharing your thoughts here and at the old Yuku board.  Feel free to ask or probe, or follow-up on something I missed or glossed.  I have always encouraged other authors to post and I am glad you have taken advantage of that.
Kindest Regards as always--RJK
P.S.  The Xaene comparison is pretty spot on.  D&D was originally 3 little brown books; the Constitution is a slim affair you can hold in one hand.  Look at the gigantic mess that has been spawned in their place (40,000 laws passed in the U.S. just last year alone, one out of millions of examples).  Leave it to those who "know better" to pretty much water down or destroy a good thing.
Posted by Endymion at 8:38 AM 5 comments:

Labels: Mark and Rob's Interchange, The Future of Freedom 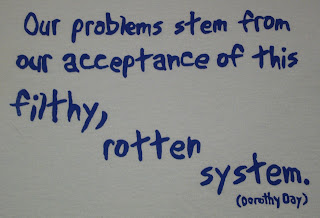 Obama signs Executive Order allowing for control over all US resources 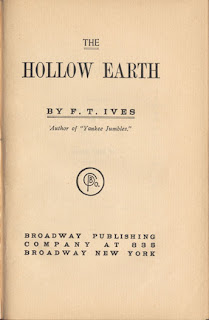