Around the Net in Eighty Ways 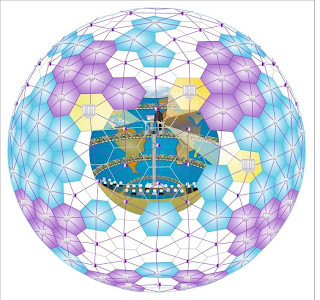 Here are some posts I made at various places yesterday/early today, all with some variable interest no doubt, but at least the ole internet was revolving.

A topic at Dragonsfoot criticizing the Troll Lords for not bringing their product to market fast enough...  Amazing what little patience people have for those who work double-time in this industry for literally pennies (If you want the link, ask me), but here are my comments which followed after a few critics of the Trolls had taken their turn (I have published two works through them, and they are swell, well-intentioned people, btw).

"Well, I believe that if you like the products and want to see them then people who are sincere in this regard will wait. Most people try to pin small press publishers (and that is what the majority outside of WotC, Paizo, WW, and a few more) are. They are doing it mostly for the love of it and actually have lives and full time jobs, other personal and professional commitments. Plus, if you have never been a small press operator, then you have no clue. People are not superhuman, especially those who stand and deliver in publishing, which is hardly paid what it's worth for putting in all the extra time and effort at the expense of family, friends and often a social life. Some publishers do it full time with over 100 hours per person a week expended in that regard. Until one steps into those shoes and sees the many pitfalls (and joys) of self-sacrifice, I would not be casting a stone. For in the end, I am sure most small press folks receive veritably nothing for their dedication in bringing something to the light of day that others could not, and while doing it earning nothing in the way commensurate for the endeavor. YMMV."

"As the original person posting this thread, I'm tired of the 'it will be out on....".... Either do it or don't. I would like a CKG but the people at TLG need to get things together IMO. Maybe I won't buy it, take my money other places...."

"Well I can understand frustration, too. Some publishers like to keep the Buzz going. Sometimes they get pinned into release dates by over-zealous fans pressing them for such. Honestly, though, the Troll Lords are decent folks putting out a decent product and not making (I am sure) a lot of cash for their endeavors. If we as imperfect humans cannot give well-intentioned folks a break while they are doing something which mostly derives from a love of the games(s) and a genuine interest in furthering the hobby, as they have done, then who are we, then, and what value are our lone opinions compared to those who strive to make us things we cannot, or will not, make ourselves? I wonder...


@ my Q&A on Dragonsfoot.  Rossik asks the darndest questions and often catches me off guard...  :)

glad to hear that the machine level is doing fine!

i dont remember if this was already asked, but if so, forgive me for doing it again:

how do you determine PC level for a adventure?
i imagine that you first create the adventure, challenges, monsters, traps, etc, and then the recomended level for characters.

could you share something about your process of doing that?


"Correct. I have an idea going in while designing and choosing the elements of what range (PC level spread) I am crafting it for and then at the end appraise that against the actual whole, thus arriving at the calculation. But keep in mind that I normally craft very challenging adventures where a combination of real thinking, tactics and quick distillations of ongoing elements are paramount to PC survival, so these are no "walk right in" and start bashing away adventures. If DMs have groups that are normally used to less strangeness, less demanding involvement, and to less thinking, then this combined thinking-action-strangeness will start mounting PC attrition very quickly. I write them the way EGG and I DMed/played them 1972 onward in our Greyhawk campaign. The Machine Level will be an extreme example in this case as every situation, monster, etc. is ALL NEW. Repeat: Every instance, every particle, is NEW. With that, its design will push this newness always to the adventure's forefront (where I prefer it to be, or else I couldn't, and wouldn't, write these). Because of this, and depending on each group who plays it, level adjustments (upwards) might have to be made. I am assuming with the final level-range placement that this type of challenging adventure is 1) well known to my fans; 2) is preferred by those who purchase it.

Lord of the Green Dragons said...
"I use the D&D/AD&D "rules" as a framework of mechanics that allow one to insert variations on whatever is expandable and is understood and not so much as a "paint by number" set; so I say experiment and expand, for as long as it doesn't become overly complex and still builds upon the same variable mechanic (which has a very wide range, IMO, if one eagerly experiments outside of pre-conceived templates) it's all good. Did I ever send you the Berserker class I did BitD, K? Maybe I'll post it at LOTGD as it represents what I did in expansion mode; similar in expression to the two evil classes of druids I created for DARK DRUIDS. I like the direction you are taking. Very cool."
Posted by Rob Kuntz at 6:31 AM

Labels: ADnD and Urutsk, Around the Sphere, More Questions than Answers

as long as you dont mind me asking questions, they will keep coming! :D

hey rob, you have posted a lot of cool things here, its very nice of you to take time for doing this for tha fans and fellow gamers!

Rafael: You're always welcome to ask questions; that's why the thread is there. :)

Havard: Yes he does; keeps that side of my mind vital. :)

@Everyone: seems as though civility finally ruled in the "Criticize the Poor Trolls topic." +1 for Humanity, at least that spot... :O