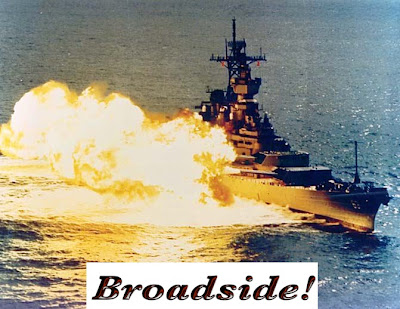 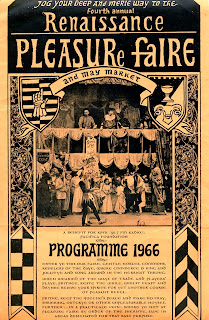 Greyhawk Stonefist Research.
Note an advertisement (left) that I have been studying for the past 2 years.  It's an old one from a Pleasure Faire.  Did I ever tell you that I never attended it?  But I would have liked to.  I would have been the guy on the balcony overlooking the courtyard, of course, but that is neither here nor there, now or then.  I just like those sort of Faires, of course.  Do you like Faires?  Please tell me and maybe I'll pen an article or fifteen on them!

But back to my latest discovery!  Of course you can tell me if it is a discovery or not, but I sure think it is.  I really love discovering things, you know.  Don't you?  I believe it relates to curiosity the more I think about it.  Curious thing curiosity.  Don't you think so?
Now for the meat.  I just knew that my continuing research might pay off.  Note the upper left shield and its heraldry.  Seem familiar to you?    Take your time, let it sink in; I know I had to as I'm not really a Greyhawk fan, though at times I believe I could be if I tried hard enough, I'm just not sure, you know? This shield just bothered me.  Of course I think I mean not in a bad way kinda bothered, but in a good way.  You know what I mean, right?  Well, I came to the conclusion that this shield, this very shield, may be the start of the inspirational chain that induced Gary Gygax to create Stonefist (please note comparative illustration, above right).  There are two shields and two hands, you see.  What do you think?  Am I onto something?  The research continues as we try to find attendees from that faire and see if they can recollect noting a person of Gary's general description in attendance.  Stay tuned! 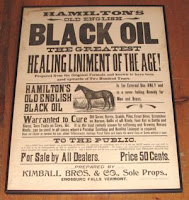 Black Oil Advertisement Linked to Keoghtom's Ointment!
In our endeavor to uncover the facts we are pursuing an anonymous tip that Gary Gygax was indeed influenced to create the magical concoction "Keoghtom's Ointment" from this very information.  Research has been slow going as Hamilton is such a common name, and thus locating the family and their sales records for the Midwest region has been fruitless to date.  Note that the prime factor here is not so much verifying that fact, but in extrapolating the easily understood matter contained in the phrase, "Healing Liniment."  Though a poser, we will provide updates as breaking suppositions occur!
EGG's Afterword in D&D's Volume #3 Reinterpreted in Light of Present Day Facts! Source:  OPI News Wire.
According to the Orlando Skolarlee Review they have broken the "code" in EGG's afterword to D&D (1974) and have reinterpreted this in light of present day realities.
EGG's TRUE THOUGHTS From the Broken Code...
"There are no areas which have been glossed in these rules.  We have included all the essentials and no trimming is needed by you or your players.  We have provided more than an ample framework and no building is necessary for you to have fun.  In this light, we urge you to go to our forums, blogs and other fora where you can be guided in what to do next, as everything herein is fantastically confusing and the best way to understand it all is just to ask us or folks at these official sites.  Don't just make things up, don't make adventures, ask us first as we have everything you'll ever need!  We don't mind answering your questions and love doing all of your imagining for you!  Write us and tell about your experiences and opinions as we could always use another laugh on the way to the bank!"
NEWS UPDATE:  Due to this revelation the Orlando Skolarlee Review and its subsidiaries ordered the immediate increase in published material, thus doubling and even tripling their FRP adventure titles for the upcoming months.  When asked about this, one member was heard to exclaim, "Eureka!"
Apology Demanded By Irate Earthling Regarding Eldritch Enterprise News!  From OPI News Wire.
A recent email exchange occurred between Jimmie Cracked Corn and the Adjutant General, U-Duhm Feck, who administers to flea-bitten elders near the Tesherite community of Drakensfuht, sometimes recorded (according to Baron Munchausen) as being located in either ancient day Mesopotamia, or in the Bronx.  The transcript of that exchange follows:
U-DF:  Your negative slant on this news was less than hospitable to my ears and my elders here have now contracted a case of the hives because of it!  I demand an apology for all elders worldwide.  Despicable,  I say!  Utterly despicable!
JCC:  Yes, but...
U-DF:  Oh.  Don't start that outmoded rhetoric with me, Mr. "I Don't Care!"  An apology is an apology!  A "yes" will do.  Keep your But, for now...
JCC:  Yes, but...
U-DF:  You seem to have a dualistic nature, eh?
JCC:  Yes, but...
The remaining transcript was edited by OPI to extract repetitions...  END 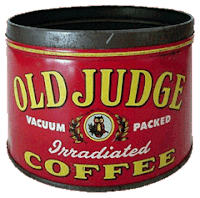 Orlando Skolarlee Review's Brew of Choice?
Of course it's "Old Judge" Irradiated Coffee!  What a silly question!  When all of us get together in our secret meetings (otherwise known then as the O.S.S. meetings of choice; see member patch below), we can't stop drinking it!  I am thinking of having something similar to this concocted and made available for sale (look to my "What I am Selling/What I am Drinking" menu when it's available).  The name will  change to "Old Judgmental," though!  I like the name, don't you? -- JCC
More Ground-Breaking Research Ahead:  Werebear, Irish Deer and Gorgon Origins!
Triumphant news for our quarter!  We'll let the pictures speak for themselves! -- JCC
THE ORLANDO SKOLARLEE REVIEW'S MEETING CONCLUDED WITH A FULL SCREEN VIEWING OF Andy Hardy's Double Life AND WITH THEIR MEMBERS CHANTING A FAVORITE CLUB SONG (APPENDED HEREAFTER). 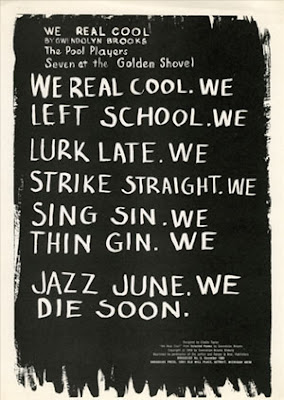 Puzzling evidence! Now we know the secret of the Irish Deer and its widdershins rut the number of FRP adventure titles may quadruple, nay octemple!

Darn; why didn't Pratchett (or any of us students he borrowed from) come up with THAT word? :p
I know I'd've laughed...

Hmm, that acronym seems some how familiar.

Reloading for a later date: Be looking for more incisive breakthroughs in RPG history, product, play and design; plus interviews that should (or shouldn't) have occurred!! ;) Plus. A new Column by Schlump da Orc's cousin...