On the Etymological Sources in Some of EGG's Fictional Names 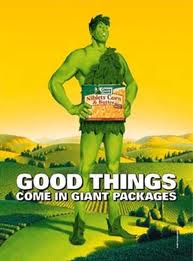 In recent discussion with David Witts (in my estimation one of the, if not the only, true researchers and scholars of Dungeons & Dragons and related TSR game historians active today) and Allan Grohe (himself a Greyhawk enthusiast with many years of accumulated knowledge on the subject) the topic turned towards EGG's battle report published in Wargamer's Newsletter #116, "THE BATTLE OF THE BROWN HILLS."  This was a Chainmail/Fantasy Supplement battle played by LGTSA members, myself included, in EGG's basement on our constantly maintained 6' x 10' sand table (of which many of those battles, not only Chainmail but also Tractics and others I discuss in depth in my upcoming memoirs; and as played there and as later played at Don Kaye's garage where the table was eventually transferred to in order to make room for EGG's shoe repair equipment).

In going over the text I noted at least 3 interesting names that Gary had chosen, one of which only, out of courtesy to the ongoing research being done, will I post here.

One side has a giant leader named Verdurmir, which I recognized right off, and I actually laughed at the joke-reference EGG was using here:

Etymology of "verdur-" is simply a foreshortened "verdure" meaning "green" or lush.

"-mir" has Germanic and many other cognates, but overall may be translated as "leader," "lord,"  or grosse (large) or "big," etc.

So we have a giant named Verdurmir whose name means:  "Big & Green Leader," or a variation of such.

This is where I laughed at the exposed matter, as the most popular giant in media during those days was of course the Jolly Green Giant.

Once again exposing Gary's proclivity (and creativity) in adapting what was around him into whatever matter he was treating with at the time.  It also exposes his tounge-in-cheek manner and disguised punning for which he was famous.

Seriously - I crave this kind of info. Good stuff.

I can't name anything for my life.

Zounds! And seeing the you-tube video, he is a sorceror as well! Hmm, maybe a druid?

I love these tasty bits of history as well.

@ Loneislander: Hmm. When in doubt, just do as I have done and quickly flip open a dictionary and without thinking, point to a random word. You'll be surprised by the results. :)

@GW: Sorcerer more like it; the Giants in our campaign
were based on the Teutonic conception. Sustare's druid as adapted to D&D by TSR is no where aligned with the concepts exposed in the G-series or with my unpublished treatise on GH's ancient giants and where they derive from wherein I place their advent in historical context similar to those of the Skands (re-in Jacob Grimm's Teutonic Mythology).

It was fun to see the old commercial, again. :D

Lost Giant Lore to be revealed on day? Hmm?

@LotGD: Jacob Grimm's Teutonic Mythology, eh? I don't have the books, but a quick search finds them available as free downloads in B&N's ebook library.

@GW: Well, happy sailing that route, but I will offer some informed suggestions. First, I have been studying said volumes off and on for over 10 years and have never finished doing so. They are not simple read-throughs, they are scholarly texts. Further, have your available language dictionaries: Old Norse, Icelandic, Germanic, Latin, OE, O. Saxon and others ready, as many of the in-text quotes are not translated, and you will have to make sense of the contexts from fragments if you do not translate these. Very painstaking at times, thus the slow-going. But these four volumes reveal more information than you could possibly digest in a life-time of study. Also, consider getting the 4-Vol. paperbacks somewhere, as you will otherwise, and frequently, be challenged using the electronic versions while cross-referencing related areas in different volumes and the massive index.

@Timeshadows: Hello there Miss Pirate! ;) Inside-joke unless you read her blog...

Ancient Giant Lore has no revelation date. Perhaps if I were to clone myself with one of Dave Arneson's clone spells I could finish all I have in parts, fragments, or otherwise outlined. Then again, who knows; maybe you can help me finish some of these? :)

That Green Giant is more terrifying than any Harryhausen monster ;)

@Roger the GS: Heh. He is rather wild looking (the poses are pretty funny at the end and reminded me for some reason of a cheer-leader's pose). Odd. ;)