Delayed: Taking D&D Back to its Future Level: 2 and 3

I have been diligently working on several projects and researching, typing and ordering when I can the 2nd & 3rd parts for this series article.  See below my screen shot of the Word file.  The darn thing is at almost 5,500 words and it isn't stopping! I took the screen shot on top of the Machine Level MS partial, which gives you a small glimpse of that, as well. 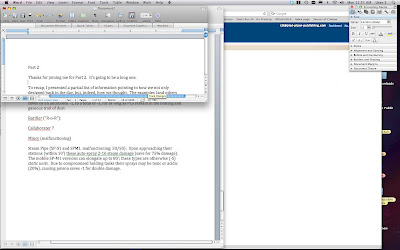 In between I read several short stories and got an idea for an ancient "Greyhawk-like" fiction piece (some of the die-hard WoG fans may recognize several of the allusions here) which is based on old notes contained in my Red Book concerning an rpg adventure I would have liked to have crafted back in the day if WoG had ever been officially revitalized. 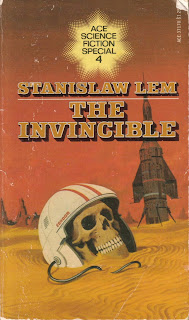 It just caught up with me when I was reading part of Smith's "Marooned in Andromeda" and thinking in turn about Lem's, "The Invincible."  Don't ask me for a correlation as I don't have an answer to how these things work with me; I just roll with it.  But below is a sample of what I wrote (unedited) and what I have tentatively titled: "Flames of the Suulimen."  Now, back to writing The Machine Level.  On the plate, the Hack-Horrois... :) 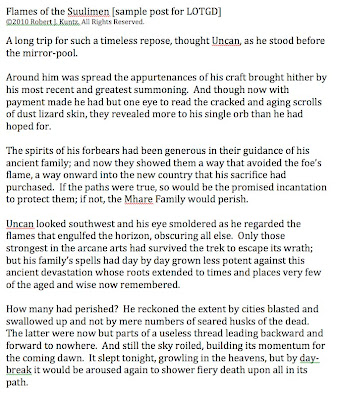 I am looking forward to all the goodness. :D