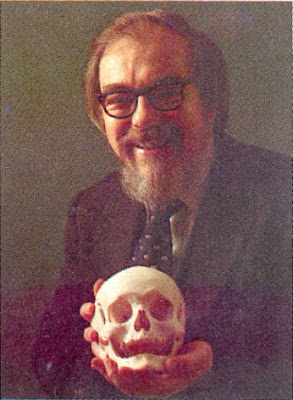 Posted by James Maliszewski at 3:44 PM

Thanks for posting this, James.

I am going to post some picts of EGG myself but
can only find those of him that were taken with other folks. In either case I am sure EGG would have approved of this one in particular.

A picture very similar to this one was used by Grenadier Models (in b&w) in one of their Action Art sets, and is when I realized that I'd met and learned a game from Gary at "The Hobbit" (open gaming bar) at Widener University in PA in 1979/1980 (don't recall which). That was the only time I gamed with Gary, but it's still a fun memory :D