Origin of the Black Pudding? Roots in CA Smith Conceptions? 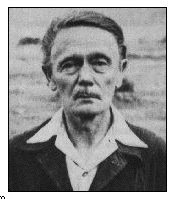 One might wonder where EGG came up with all the puddings, slimes and oozes apparent in OD&D and later expanded (pun intended) into so many forms.

I have thought about the pulp story connections, especially those aligned to Clark Ashton Smith's mythos contributions. Strangely, Smith was never recognized as a primary influence in EGG's DMG Recommended Reading list, which I later, and gently, took him to task for while pushing a copy of Timescape's City of the Singing Flame into his hand, which he indeed read, thereafter complimenting the stories therein [1980, while he was visiting with me at my house]. How could Smith, being part of the great triumvirate of REH>HPL>CAS which was so recognized in the pulp community of the 30's & 40's on through the Arkham House reprints, and into the present, have been missed by him?

But I digress. I have tracked many influences for the "puddings" over the years, and I could even extrapolate (and have) from Star Trek's "The Devil in the Dark" episode's "monster" that bored tunnels and was very "pudding-like" in appearance. Of course there is also the "Blob," and perhaps even more to think about, no doubt. We shall never know, unless EGG recounted the influence somewhere I am not aware of.

But do read with care the following about C. A. Smith's "Formless Spawn," and then reference the monsters we described on page #63 of Greyhawk: Supplement #1 to D&D, particularly noting the second to last paragraph there. Could these manifestations have been influenced by such a source as well as used by EGG? At the time there was no connection to Smith's stories by myself (this would begin in 1976, as I had read almost all of the SF & F books that EGG had recommended from his shelves then, and Smith had been completely absent ). We contrived these Greyhawk monstrosities rather quickly then, especially the ogre jelly, as it had that double meaning that we both found humorous thinking future-wise about when its description would (gleefully, for us) elicit the suitable reactions of horror we foresaw from our players. But if Smith was the source, then why no mention of him at all? I have always found Smith's decidedly dark and fantastic stories very inspiring on a fantasy level and have always wondered of his omission from the earliest days of OD&D.

Formless spawn [as referenced from the Wikpedia article]

The basin ... was filled with a sort of viscous and semi-liquescent substance, quite opaque and of a sooty color.... [T]he center swelled as if with the action of some powerful yeast [and] an uncouth amorphous head with dull and bulging eyes arose gradually on an ever-lengthening neck ... Then two arms — if one could call them arms — likewise arose inch by inch, and we saw that the thing was not ... a creature immersed in the liquid, but that the liquid itself had put forth this hideous neck and head, and [it was now forming arms] that groped toward us with tentacle-like appendages in lieu of claws or hands! ... Then the whole mass of the dark fluid began to rise [and] poured over the rim of the basin like a torrent of black quicksilver, taking as it reached the floor an undulant ophidian form which immediately developed more than a dozen short legs.
—Clark Ashton Smith, "The Tale of Satampra Zeiros"
Tsathoggua's will is carried out by the formless spawn, polymorphic entities made of black goo. They are extremely resilient and very difficult to dispatch. Formless spawn can take any shape and can attack their targets in nearly every conceivable way. They are surprisingly flexible and plastic-like, and can quickly flow into a room through the tiniest of cracks. They attack by trampling their targets, biting them, or crushing them with their grasp. The Call of Cthulhu roleplaying game's entry on Formless Spawn also claims that they are powerfully acidic in substance and can dissolve human flesh with even a slight touch [bold emphasis points mine--RJK].

Formless spawn often rest in basins in Tsathoggua's temples and keep the sanctuary from being defiled by nonbelievers.
Posted by Rob Kuntz at 3:29 PM

Only recently did I even notice that CAS was not in fact included among the authors in Appendix N. I simply assumed that he was there, along with REH and HPL, as one would expect.

These essays, for lack of a better term, are quite excellent to read.

Thanks for taking the time to put them together.